What checks and calibrations are required for unmanned aerial vehicles?
What is the role of the image matching procedure in photogrammetry?
Why phenomena of Ghosting and Motion Blur occur in photogrammetry
20.12.2017 Technology

Stereophotogrammetry mimics the stereo view of human eyes, i.e. how a human perceives space with their right and left eye. After automatically processing the images seen by both eyes, the brain creates a 3D perception of the space. Similarly, one aerial photo from a stereo pair represents the image as seen with the left eye, while the second aerial photo represents the image as seen with the right eye. Once the photos are placed one on top of another so that the same details are matched up, a stereo area is created, from which a virtual 3D model of the observed area can be made through appropriate stereoscopic procedures. Roughly speaking, stereo pairs are important because they enable two 2D shots to be transformed into one 3D model of a stereo area.

When taking aerial photos of an area where a certain object is moving, its movement can also be seen in the shots. In a series of images captured at different points in time, the position of such an object is seen as changed in the respective images. When combining aerial photos that form a stereo pair, a phenomenon called ghosting may occur.

Ghosting is a phenomenon that occurs when a stereo pair of aerial photos is combined. When two consecutively taken aerial photos (a stereo pair) are placed one on top of another to form a single image, the moving object on the combined image is duplicated. In addition, the procedure of combining the images results in the object appearing to be very pale and translucent (ghost-like), which is where the name for this phenomenon originates from.

Ghosting therefore means duplication of an image due to movement (Picture 1 and 2). Although there are scarcely any options of resolving this phenomenon, one of them involves post-production processing of photos to eliminate any duplicated objects. 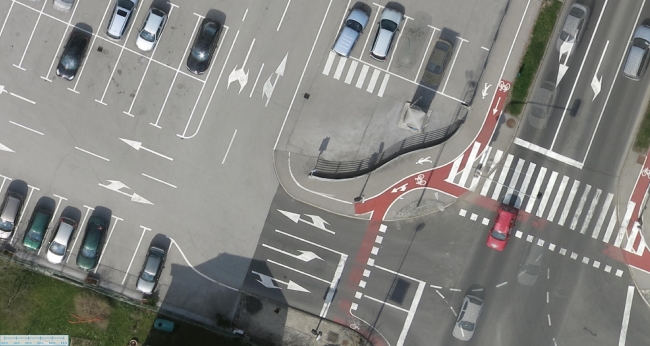 Picture 1: Ghosting
Cars in the parking lot were stationary during the aerial survey, so their picture is sharp.
Driving cars on the road are duplicated, translucent due to movement, and the floor markings are visible through the movement.
Source: Geavis archives 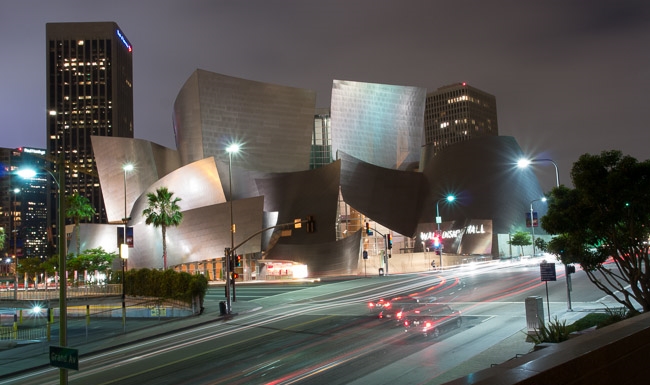 Ghosting needs to be distinguished from motion blur, which is not the result of combining aerial photos from a stereo pair; rather, it is a blurring of the object on the aerial photo due to its movement (Picture 3). Typically, this is the result of a slow camera shutter. The object moves before the shutter closes, which causes the object on the image to appear blurred or “dragged out”. 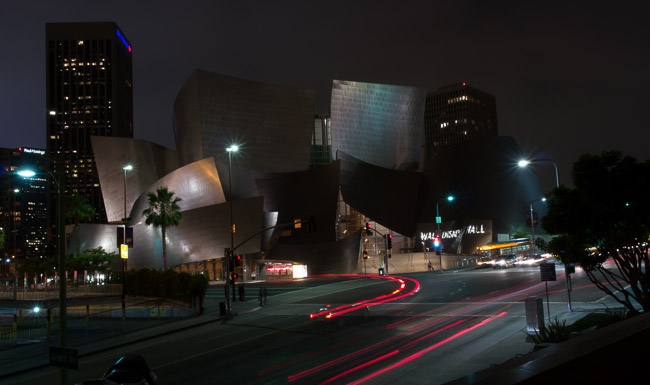 If the shutter’s speed is adequate, it is possible only ghosting will occur, without any motion blur. In such a case, the moving object will “freeze” in the aerial photo because the shutter will close in time. But the object will have already moved by the time the next image is captured, which means it will be at another position in the subsequent aerial photo, and ghosting will be noticeable when both images are combined.

In practical professional aerial photography, we tend to choose the fastest possible shutters in order to minimise the frequency of motion blurs. 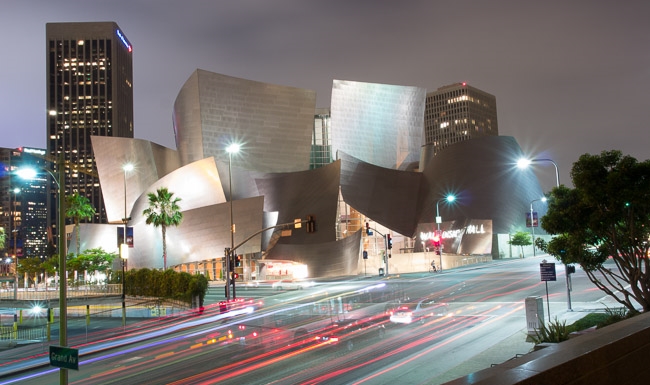