Geavis is one of the first in Slovenia with the CAA certificate of expertise in the rules of flying unmanned aircraft systems
The Pix4D innovation: an improved accuracy for rolling shutter cameras
The difference between an aerial photo and a digital orthophoto
05.09.2016 Technology

Regular aerial photos are made following the principles of central projection. This means that a photo represents the image of the earth’s surface as observed from a single point, i.e. the projection centre. The latter is the optical centre of the camera lens. All rays of light that fall onto the photo (film or a digital sensor) converge in this point.

In addition to the relief displacement, the central projection has another weakness, namely that the objects which are closer to the projection centre are displayed in a larger scale than those that are farther away from it. Aerial photos therefore do not feature a unified scale; the height difference in the position of the object on the landscape causes the size of the object on the aerial photo to seemingly change. Aerial photos therefore cannot be used for planimetric measurements as all essential geometric elements such as distances, angles and surfaces are distorted. 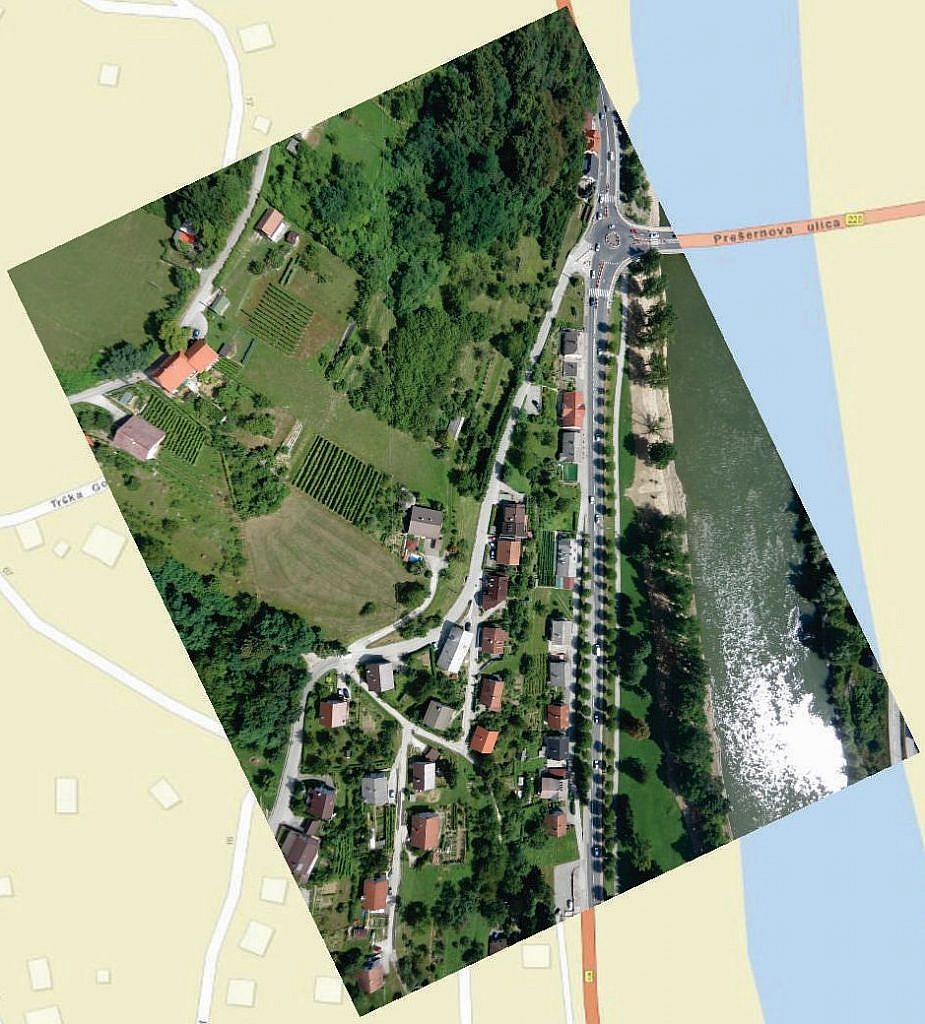 The aerial photo (the Sava river embankment in the vicinity of Krško) does not precisely match the map underneath.
It is evident that roads and facilities are tilted. 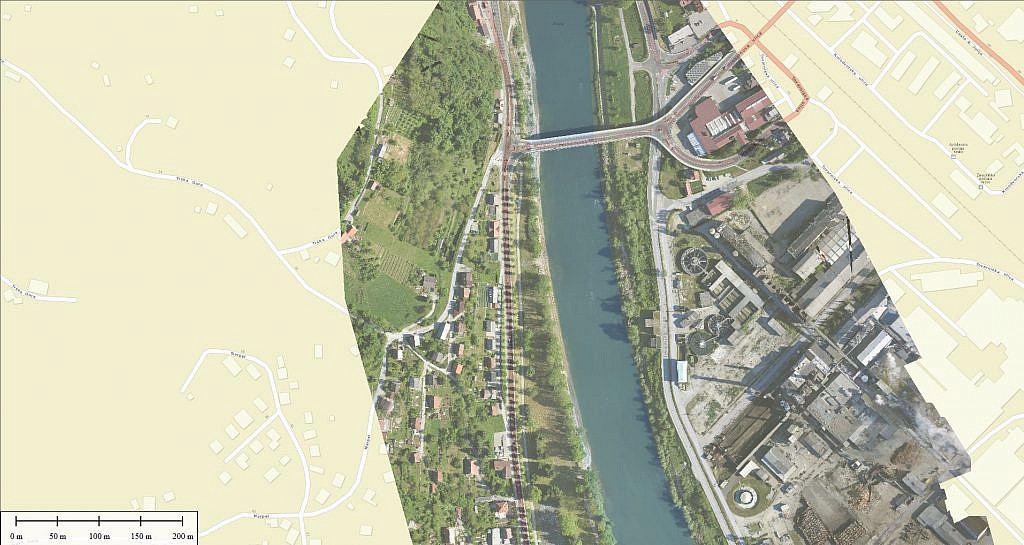 The orthophoto (the Sava river embankment in the vicinity of Krško) matches the map underneath.