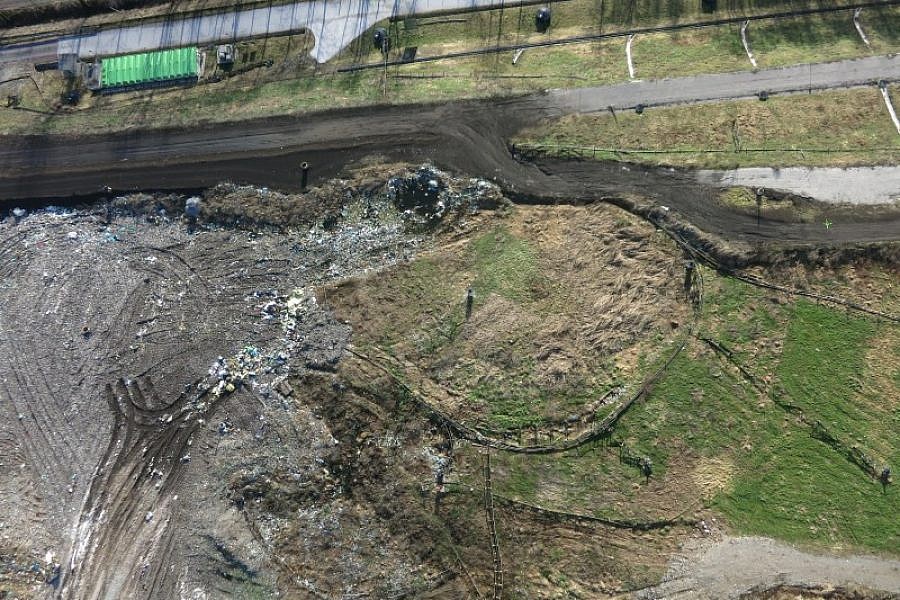 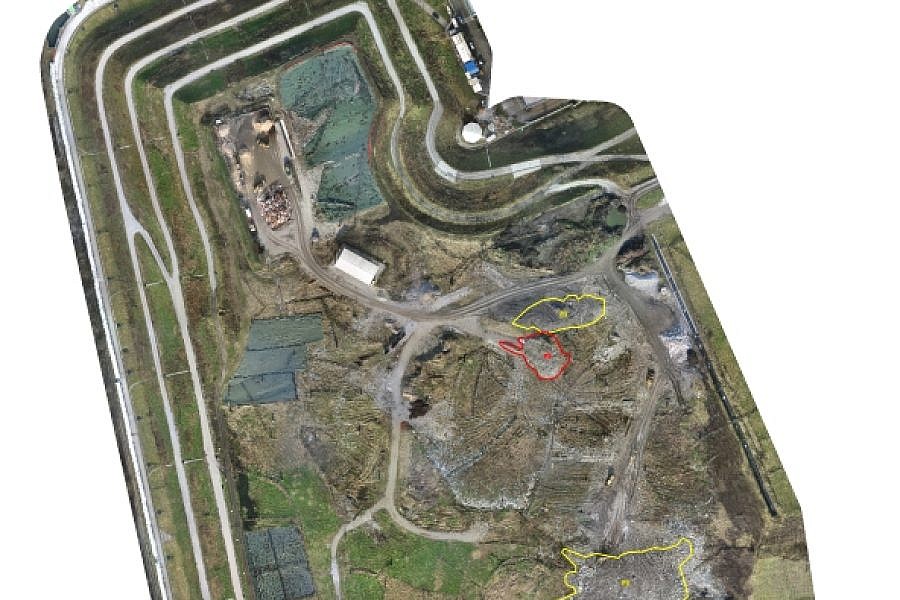 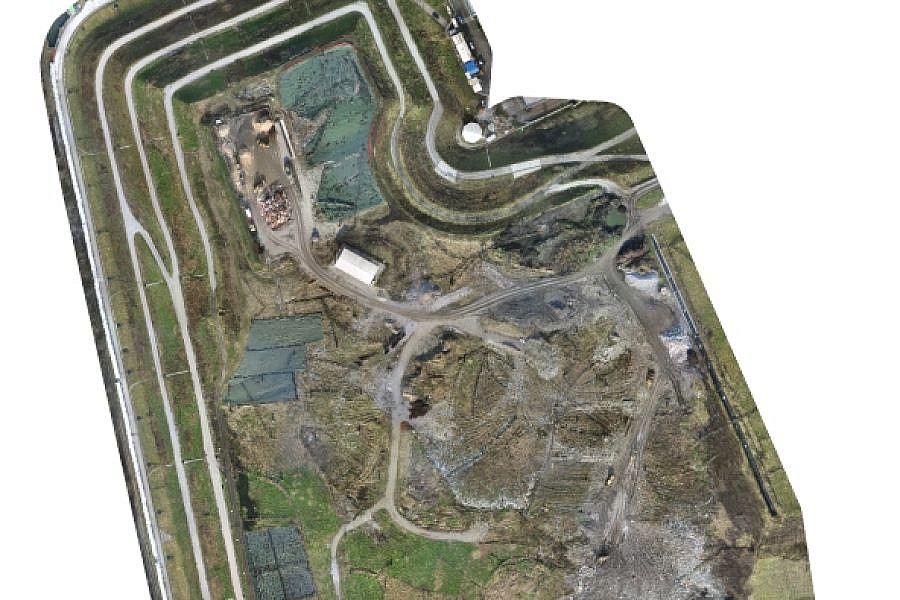 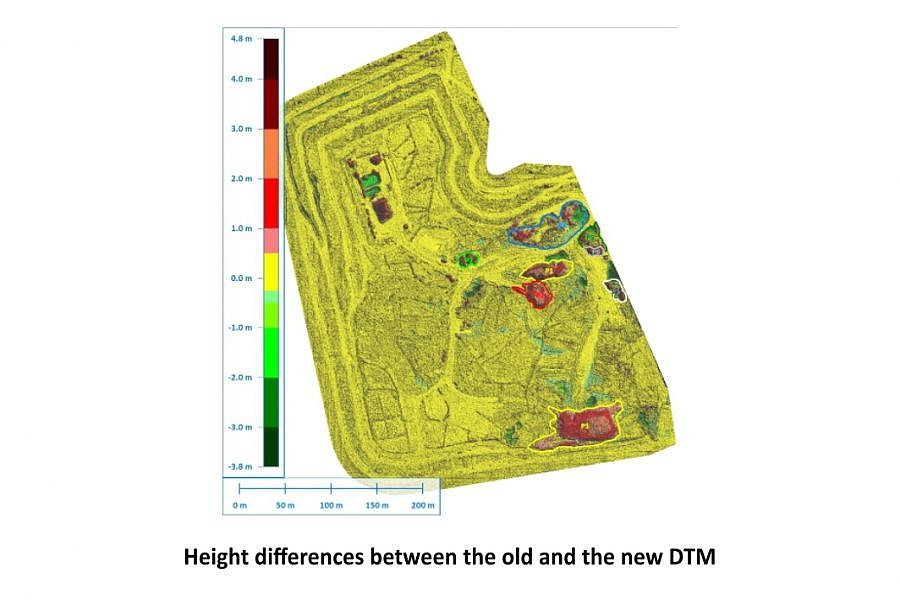 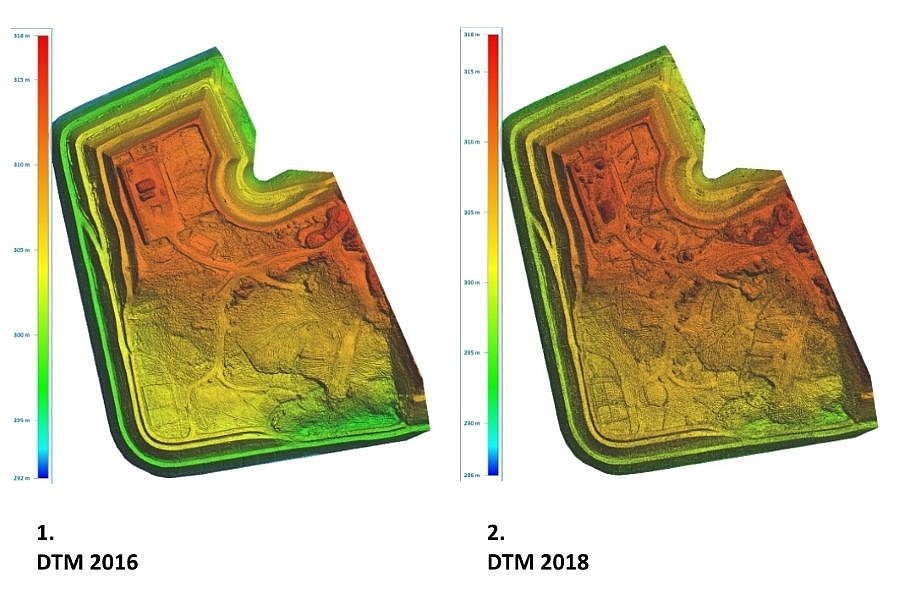 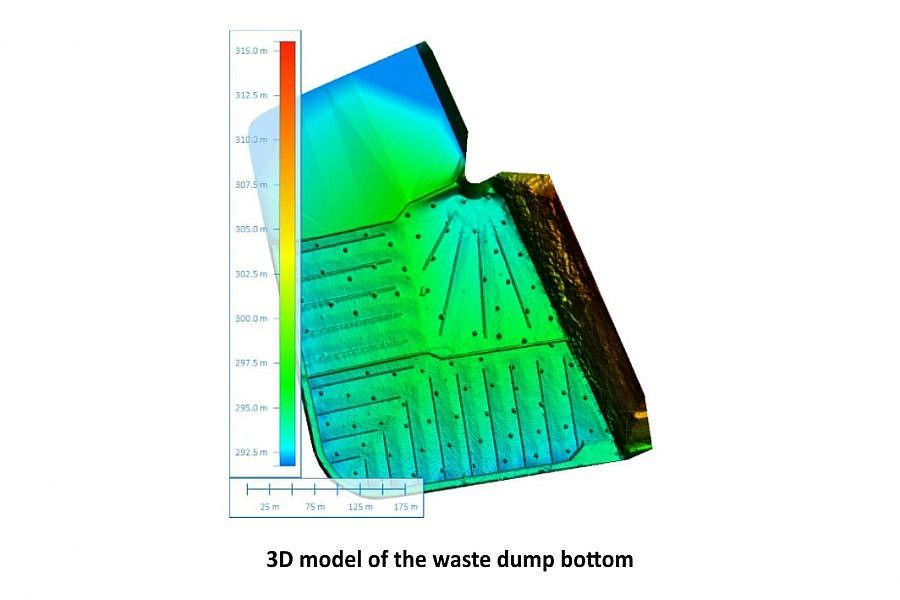 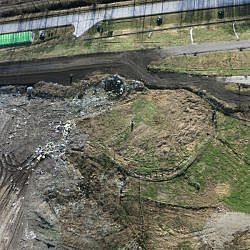 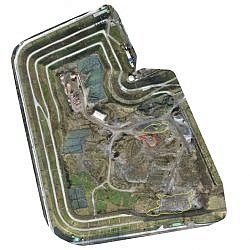 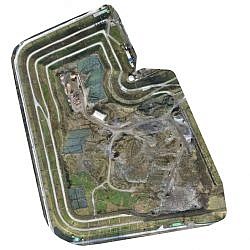 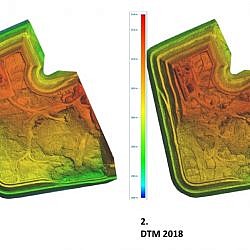 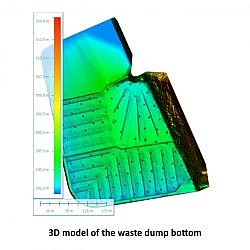 The Barje waste disposal site is a non-hazardous waste landfill located on the southern outskirts of Ljubljana. It consists of five landfill cells, a waste-gas power station, an environment measuring station, a leachate treatment plant, a laboratory, and a collection centre for waste that is to be recycled. Waste is currently being deposited to the fourth (IV.) and fifth (V.) landfill cells, which are used by nine nearby municipalities in addition to the Municipality of Ljubljana. The landfill is managed by the Snaga public corporation.

Snaga wants to regularly monitor the quantities of waste collected at landfill cells IV and V for the purposes of independent control, and thus commissioned Geavis to conduct periodical scanning and geospatial analyses.

Stereo pairs of aerial photos were processed by means of photogrammetric procedures, resulting in a dense 3D point cloud in the form of a raster and metric 3D model of the surface under examination. Using the automatic and partly semi-automatic classification and filtering procedure, we eliminated from the point cloud any vegetation spots, built structures and vehicles that were present at the landfill at the time of shooting. We then used the point cloud to create a georeferenced and metric Digital Terrain Model (DTM), which displayed the current situation at the landfill. We were able to use the DTM for further geometric measuring and calculations.

It was our task to obtain data on the amount of waste collected at landfill cells IV and V in a period of one year, i.e. from late December 2016 to early January 2018. Within this stretch of time, waste was deposited in two localised areas of the landfill, for which we calculated the volume gained in the above-referenced period. To this end, we compared the DTMs of these two areas – the first being an archive model we created in late December 2016, while the second one was more recent, created in January 2018. By subtracting one DTM from the other and considering the known basic surface of both areas, we were able to calculate the difference between the new and the old volume. The difference tells us how much waste was deposited in the period between both dates. According to the calculation, 6,599 m3 of waste were deposited in the period in question.

As the waste had not been lying there for a long time and was not very dense, the contracting authority estimated that waste subsidence was negligible and therefore need not be taken into account in the calculations. Since the vegetation on the landfill was dry and withered when the most recent aerial photos were taken, and the area under observation was not covered in snow, none of these factors had a significant impact on the calculation results.

The old and the new DTM of both landfill cells (IV and V) were also compared for other analyses and calculations:

By carrying out periodical scanning and geospatial analyses of the landfill, we quickly and smoothly provide Snaga with precise geometric data on the waste deposited, thus helping the company to monitor changes, plan spatial capacities and calculate further processing.