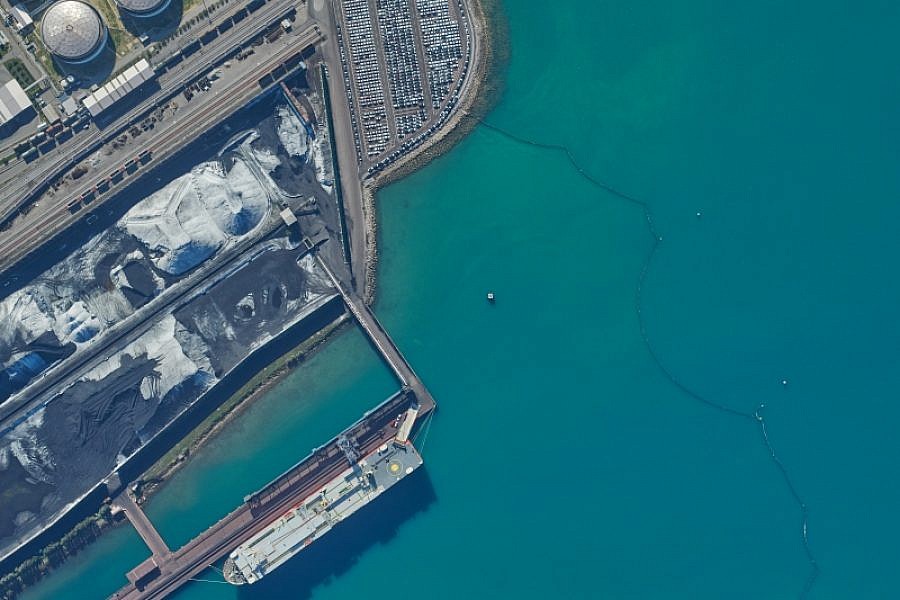 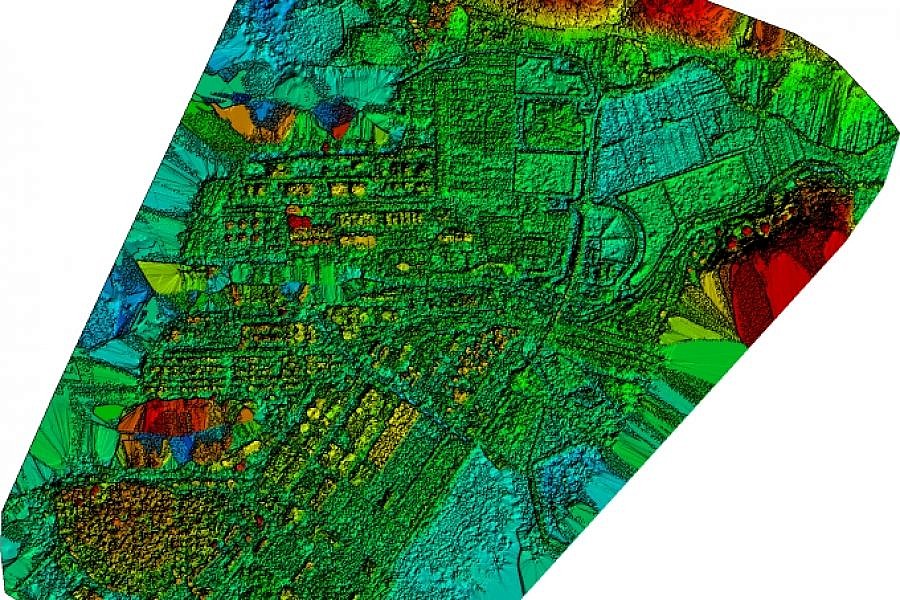 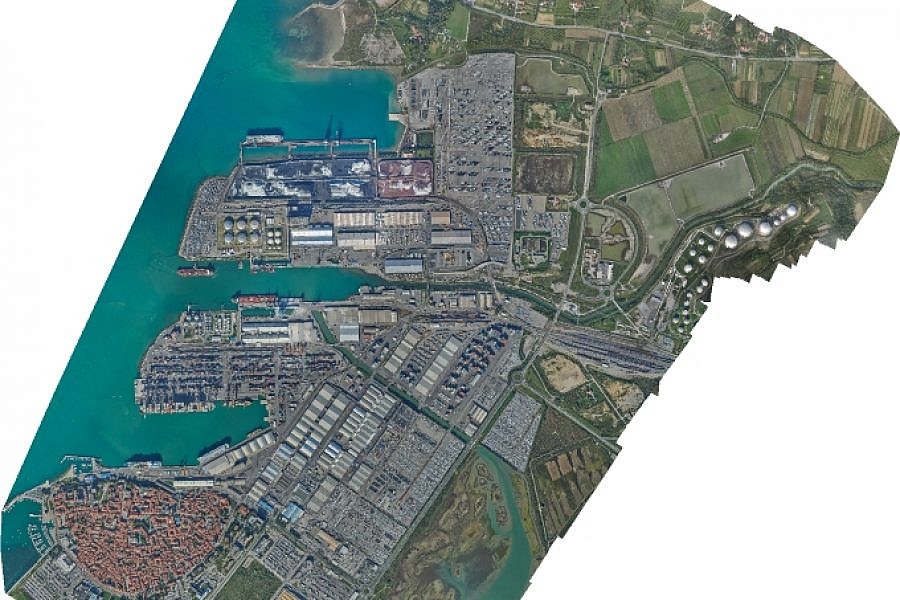 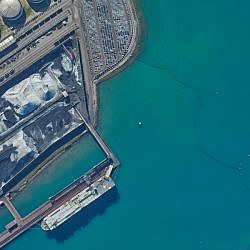 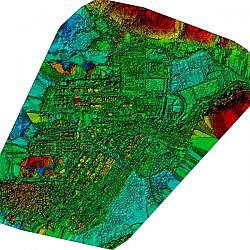 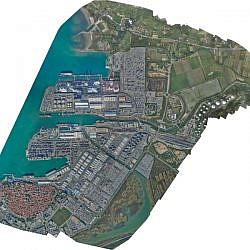 The Slovenian port and logistics system, Port of Koper, has entrusted Geavis the reconstruction of the raster orthophoto layer in its spatial information system. The goal of the renovation was to update the spatial data records since these are important for the successful management of the area in the Port of Koper area.

We have taken aerial photos of the whole influential area of Port of Koper, the size of 10 km2. With the participation of the Aerovizija company, we acquired 655 aerial photos in one recording day, with 70% of longitudinal and transverse overlaps and a resolution of 10 cm/px, as was the customer’s wish.

Through georeferencing, the aerial photos were then properly orientated and placed within the National Coordinate System. By applying professional algorithms, we processed stereo pairs of aerial photos and generated point cloud as raster and metric 3D model of the surface.

The professional technology of point cloud density enabled us to make a highly detailed digital surface model (DSM), from which we were able to create a true orthophoto. The objects are thus displayed correctly in terms of space; the objects’ roofs are located right above the foundation, with no lateral walls showing and no surrounding areas covered up.

Port of Koper will use the true orthophoto as one of the substantive components within its spatial information system. It brings the company numerous benefits as they can use it to conduct planimetric measurements, place various vector layers on it (e.g. municipal lines) or to cover 3D models, for example.

Photogrammetric procedures for 3D point cloud production depend on the texture of the surface we want to photo. Typically, the reflections of light are worse on surfaces with homogeneous texture, such as asphalt, illuminated surfaces, water, and the like. In the case of Port of Koper, the sea level was such a surface. The resulting point cloud did not have a uniform density, but gaps or holes in the sea areas were visible. These are areas where the image matching process of aerial photography stereo pair, which is required for the construction of 3D points in the point cloud, was not successful.