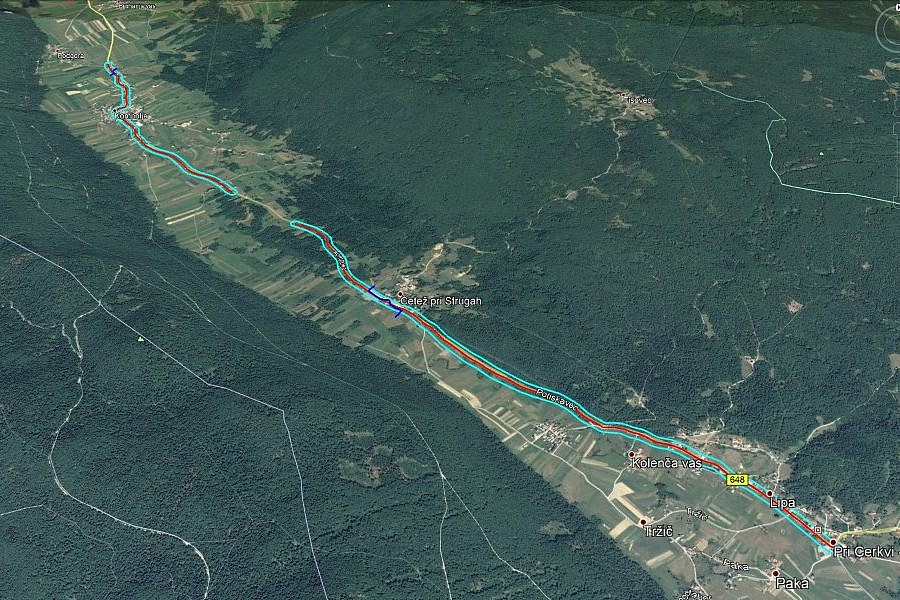 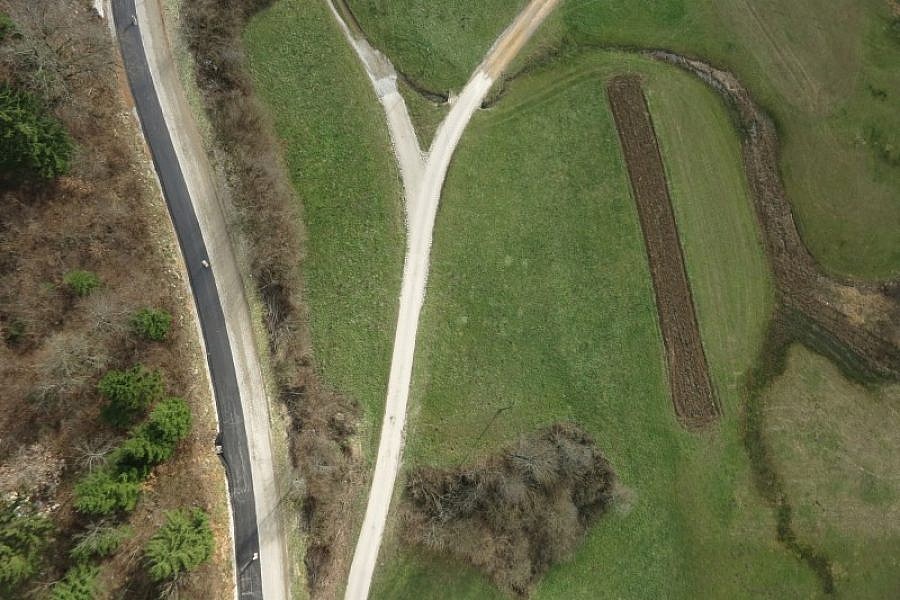 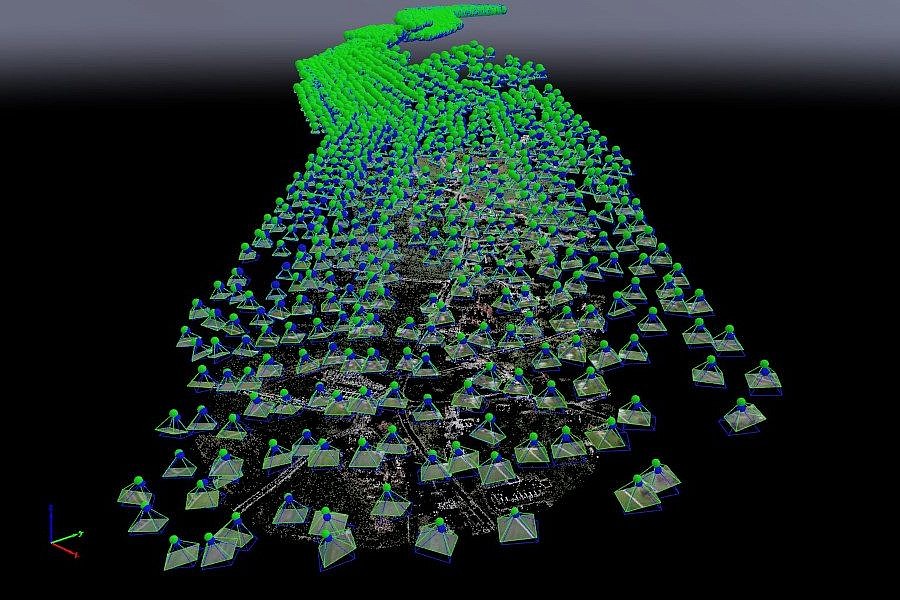 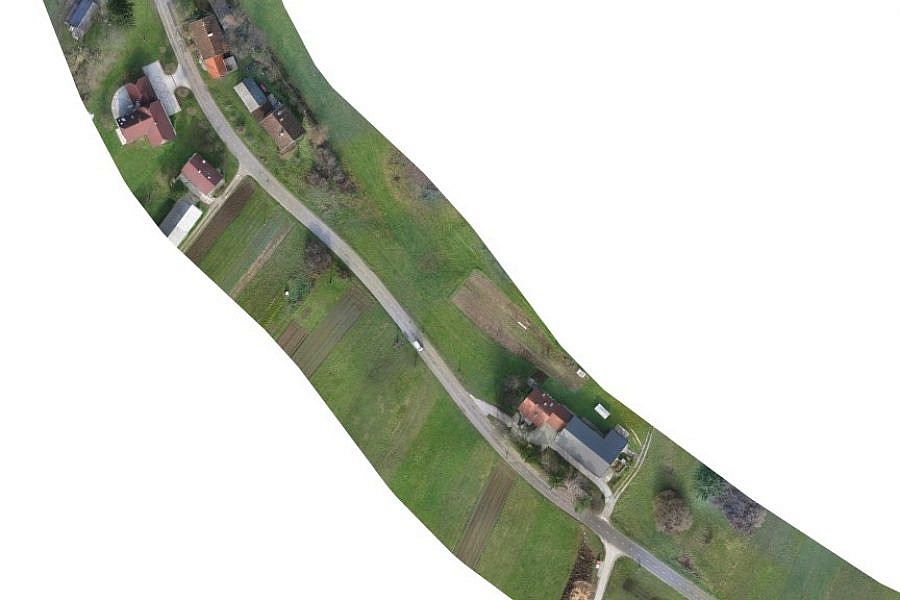 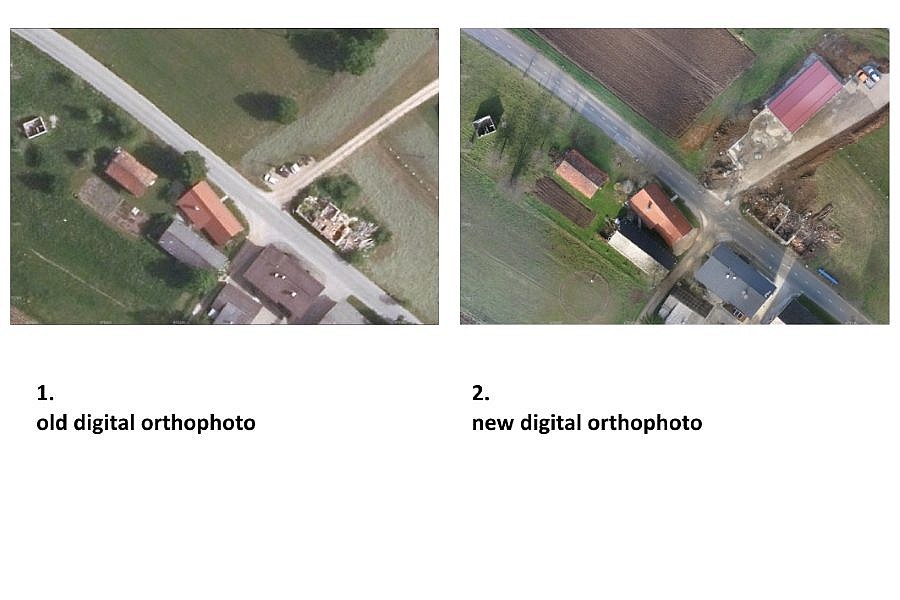 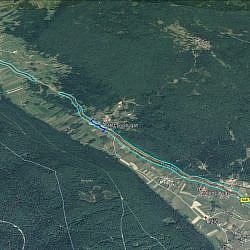 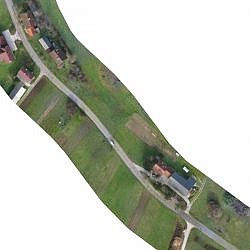 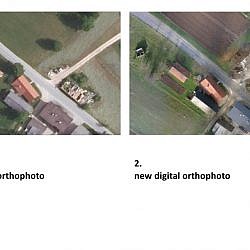 In order to arrange the Kompolje – Pri Cerkvi-Struge state road, the Slovenian Infrastructure Agency (Direkcija Republike Slovenije za infrastrukturo – DRSI) issued a public tender and awarded the LGB company with a contract to create a land survey plan necessary to draw up the design documents.

It was very important for DRSI that the boundaries of land plots in the land cadastre display (part of the graphic content of the land survey plan) should be shown with precision that is sufficient to enable establishing unambiguously and reliably which land plots are going to be affected by the new road arrangement. All of this is required because the investor must obtain the necessary rights to intervene in these plots (compensations for use, purchase, easements etc.). In addition to conducting their own, traditional measurements of the terrain, LGB thus commissioned Geavis to take broader aerial photos of the road route.

Geavis used an unmanned aircraft to take aerial photos of the entire area of the road route, which measures 7 km in length and covers the surface of 216 ha, resulting in app. 4,000 aerial photos of 2.7 cm/px resolution, which enabled us to furnish LGB’s cadastral experts with important additional data on the boundaries of land plots in nature. These spatial data helped LGB’s land surveyors to carry out procedures aimed at improving the location data on the land cadastre. The land cadastre display thus depicted a more precise position of the plot boundaries, which enables the designers to plan land development more reliably, and facilitates DRSI’s real estate transactions, as the number of errors in purchases and developments on foreign land was reduced.

To georeference raster aerial photos, Geavis used 36 ground control points (GCPs), the coordinates of which were obtained through GNSS measurement. By applying georeferencing procedures, we correctly oriented the aerial photos and placed them within the National Coordinate System. After processing stereo pairs of aerial photos by means of photogrammetric procedures of image matching, we created a 3D point cloud, which was followed by a Digital Terrain Model (DTM) in the form of a raster and metric 3D model of the surface under examination. We used all this to create a flat orthophoto plan that is of better quality and higher resolution than the old material. The old, 2014 orthophoto plan’s resolution was 25 cm/px, while the new plan’s is 3 cm/px.

The obtained orthophoto plan was a good basis for the land survey plan, for which LGB had to measure the natural and built structures located within a certain distance from the edge of the road, in addition to the road itself. The orthophoto plan of adequate resolution was also a useful visual aid upon the unveiling of the spatial plans to the public, as it illustrated changes within the space better than the usual vector plans could. The designers obtained quality information on the terrain, which will help them plan and optimise changes to the route of the new road.